Share a memory
Obituary & Services
Tribute Wall
Read more about the life story of Gerald and share your memory.

Gerald "Jerry" Floyd Grover, 83, of Baker City, Oregon, passed away on October 28, 2022, at his residence.  A private graveside service will be held in the near future in Bend, Oregon.

Jerry was born on June 4, 1939, in Cortland, New York. He graduated from Marathon High School in Marathon, New York. After high school, Jerry attended the New York State Ranger School and studied environmental science and forestry. After moving to Oregon, Jerry worked for the Oregon State Forest Service and fought wildfires on the Hot Shot Crew out of Redmond, Oregon. In 1968, Jerry earned a Bachelor's degree from Oregon State University and was able to pursue his dream of being a wildlife biologist. Jerry worked for the Oregon Department of Fish and Wildlife for thirty years, retiring in 1998.

On June 14, 1964, Jerry married Barbara L. Winslow in Bend, Oregon, and together they had two daughters, Cheryl and Amy.

He is preceded in death by his wife, Barbara L. Grover, and his grandson, Tristan.

In lieu of flowers, memorial contributions may be made to an animal charity of your choice through Gray's West & Co. Pioneer Chapel at 1500 Dewey Ave., Baker City, OR  97814.

To send flowers to the family or plant a tree in memory of Gerald Floyd Grover, please visit our floral store. 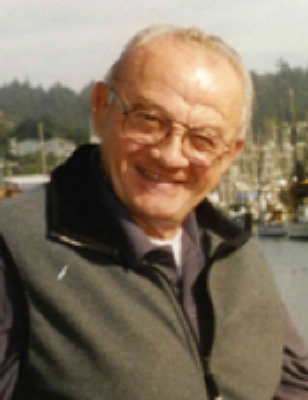 In Loving Memory Of

Look inside to read what others
have shared
Family and friends are coming together online to create a special keepsake. Every memory left on the online obituary will be automatically included in the book.

In Loving Memory Of

Look inside to read what others have shared

Family and friends are coming together online to create a special keepsake. Every memory left on the online obituary will be automatically included in the book.

You can still show your support by sending flowers directly to the family, or by planting a memorial tree in the memory of Gerald Floyd Grover
SHARE OBITUARY
© 2023 Gray’s West & Co. Pioneer Chapel. All Rights Reserved. Funeral Home website by CFS & TA | Terms of Use | Privacy Policy | Accessibility